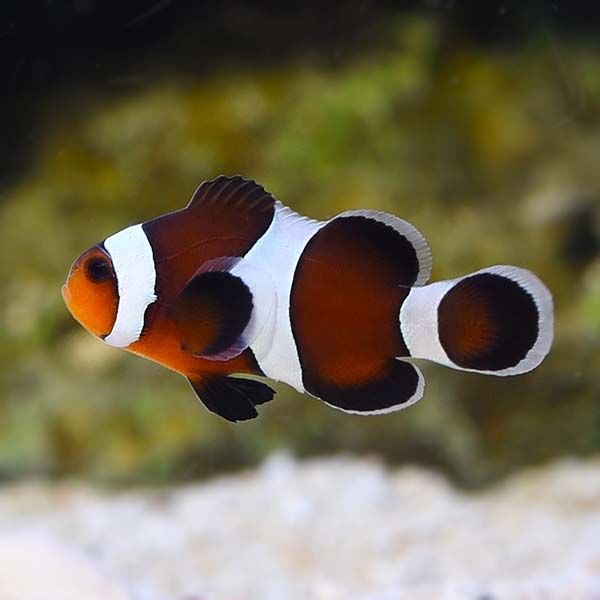 The Mocha Clownfish is very attractive clownfish with its dark orange coloration and contrasting white bands. The Mocha Clownfish makes a great addition to any aquarium at an affordable price point. This captive-bred clownfish grows to a maximum size of 3 inches in the aquarium, and may be kept singly or in groups.

The Mocha Clownfish like many other captive-bred ocellaris clownfish are easy to breed in the home aquarium. The females will be the largest of the pair, and the two fish will usually stay close to each other in the aquarium. The Mocha Clownfish is an egg layer and will typically deposit the eggs on a flat surface, and defend the eggs from other tank mates. The eggs will normally hatch in 6-11 days depending on the temperature. The fry must be reared in a separate aquarium on a diet of rotifers and eventually baby brine shrimp.

The captive-bred Mocha Clownfish is an omnivore, requiring both meaty foods as well as some herbivore fare in their diet. A high quality marine flake food, rich in spirulina algae, as well as freeze-dried and frozen foods are readily accepted.